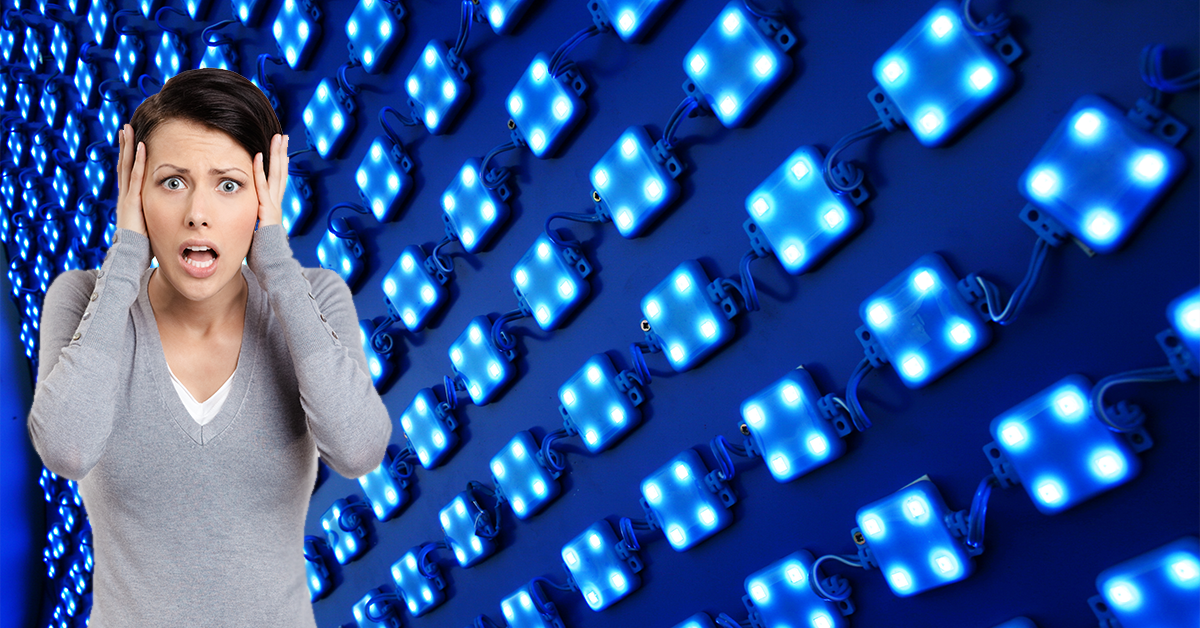 LED lights have experienced a huge jump in popularity in recent years. But are these newcomers to the lighting scene actually safe to use and do they really live up to the hype? Even though LED lights haven’t been around for very long, they are made with the same components that we see in other electronic devices and are perfectly safe. Even so, we understand that you have a lot of questions about LED lights before you put them in your home – and we are here to help answer them!

What Are LED Lights?

LED lights are light-emitting diode lights. Clearly, they are light-emitting since they’re light bulbs, but what exactly is a diode? A diode is an electrical component that is also found in all sorts of different electronics and machines like televisions, computers, video game systems, toys, traffic lights, cars, and more! A diode works to control the direction of a current of electricity within a circuit. Without diodes, our devices wouldn’t be able to get the electricity that they need to function.

How Do LED Lights Work?

Unless you’re a physicist, you’re probably still pretty confused about how exactly an LED light can use a diode to actually create light. Thankfully, we are going to break it down for you to understand – no Ph.D. required!

Why Use LED Lights?

Now that you know what LED lights are and how they work differently from other types of light bulbs, you might be wondering how these functions actually translate into a better product that you need in your home. Here are just some of the reasons why you should use LED lights instead of traditional incandescent bulbs:

A lot of people assume that since LED lights are so much better than other types of bulbs, there has to be a catch. Maybe you think that they use a bunch of chemicals that can potentially harm your health. Or maybe you think that they might cause damage to your eyes because they are so bright. However, when it comes to LED lights, there really is no catch! They offer tons of benefits with no consequences because they are totally safe. That’s right, you really have nothing to worry about when using LED lights all over your home. LED lights won’t damage your eyes after long periods of exposure to high levels of brightness. LED lights won’t affect your sleep if you use the right light temperatures at the right times. LED lights won’t cause cancer from chemicals within the bulb. In fact, other types of bulbs contain things like mercury, lead, and other toxic materials to the point that they cannot be recycled. LED bulbs, on the other hand, are totally recyclable and should be recycled in order to reuse a lot of the components!

As you can see, LED lights are perfectly safe to have inside and outside your home. So if you’re looking to transform your lighting and help save the world at the same time, you need LED lights!