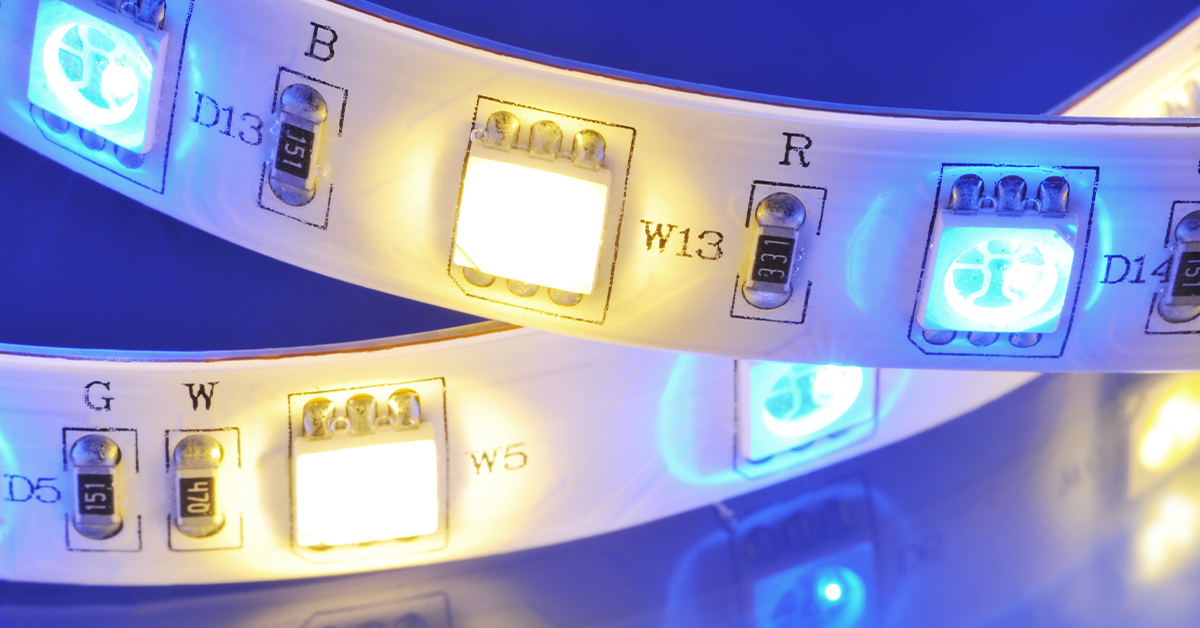 When it comes to cathodes and anodes, you first need to understand what an electrode is. An electrode is something that helps conduct electricity. An electric current either leaves or enters whatever the non-metallic medium is. Basically, an electrode helps to create electrical contact with a part of a circuit that is non-metallic.

An electrode is made of two points that direct the current in the circuit. A current simply means movement within an electrical charge. These two points are known as a common cathode and a common anode. Both points are defined by the current flows of the electrical current, with its strength measured in ohms within a resistor.

So, what exactly is cathode and what is anode? How are they similar and how are they different? Read on to have these two terms explained, as well as learn more about LED lights in general.

What Exactly is LED Light?

LED stands for light-emitting diode. They have been around since 1962, and they completely changed light sources for the better. They can be used for many purposes, such as light bulbs, holiday lights, computers, TVs, and other electronic products and devices.

LED is known as a semiconductor light source. This means there must be a current flowing through it in order for light to be emitted. So, how exactly do they work? When an electrical current is formed, it then passes through a microchip. This microchip is used to illuminate the light source, in this case the LED bulbs.

One of the biggest issues with other light sources is the cost. They can really raise the price of your electrical bill each month. A better option that helps to save money and reduce the total costs of your energy bill is to switch to LED lights. This form of lighting can help to produce light 90% more efficiently when compared to incandescent light bulbs.

Here are a few reasons why LED lights are different (in a better way) than other sources (such as incandescent and CFL lighting):

In order for LEDs to work on things such as video games and Christmas lights, they have to be different colors. Lights are typically green LEDs, red LEDs, and blue LEDs (common cathode RGB LED/common anode RGB LED). If the light needs to be white, then multiple semiconductors must be used. Also, you need a combination of red, green, and blue in order to make white light.

Due to their size, LEDs are great for unique designs and tricky lighting situations. When using LED lights in a fixture, you can have them as permanent bulbs, have them be made to appear similar in design to traditional light sources, and you can have them in the form of replaceable bulbs. There are never ending possibilities for how you can use LED lights in your light fixtures.

Here are some key differences to keep in mind when understanding cathodes and anodes:

Where Can I Find LED Lights?

You can find LED lights right here at Boundery. We make a variety of products that use LED as their light source. Whether it is for daily life or for emergency use to keep you or your family safe, our products can be trusted to get the job done.

The Boundery EBULB Emergency Power Light Bulb: This bulb is powered by LED, and it provides the same amount of light as a 60-watt incandescent bulb while using just 9 watts of energy. This makes it the ultimate money and energy saver. Perfect for power outages, it will give you four hours of light. It kicks on automatically when electricity shuts off, and can be charged during regular use. It is the first ever self-charging bulb, and will ensure you never have to worry about blackouts again.

The Boundery Night2Day Smart Safety Bulb: This bulb makes sure you never have to be in the dark when you come home again. It has a built-in sensor that turns the bulb on when it is nighttime, and it turns the bulb off during the daytime. A huge bonus is that it consumes 80% less energy than standard light bulbs. It works for indoor spaces, but it is especially great for outdoor areas like patios and porches.

The Boundery LumiGuard Outdoor Solar Security Light: This is the ultimate LED outdoor light. It is motion activated, and it shuts off after 20 seconds if no other motion is detected. It is weather-proof and extremely sturdy and durable. Since it is solar-powered, it charges in its own box and you never have to worry about it losing power. While it is great for security purposes, it is also great for any outdoor gathering that takes place at night.

Cathode and anode are the two different points in an electrode, which is what acts as an electrical conductor for the non-metallic part of an electrical circuit.

LED light is a semiconductor light source, which can appear in different colors. These colors are most typically red, blue, green, and white. To make a white light, you must have a combination of the three colored lights. These lights can be used for most electronic devices as well as for light bulbs.

Using LED lights will save you a lot of money on your monthly bills, because they use significantly less energy than other types of light. There are a few other differences between LED lights and other light sources, such as incandescent.

Boundery sells a variety of LED light products, such as solar lights and safety bulbs. These are great for emergency use or simply as a money saver for your home. These innovative and cost-effective products will provide light and peace of mind for you and your family.