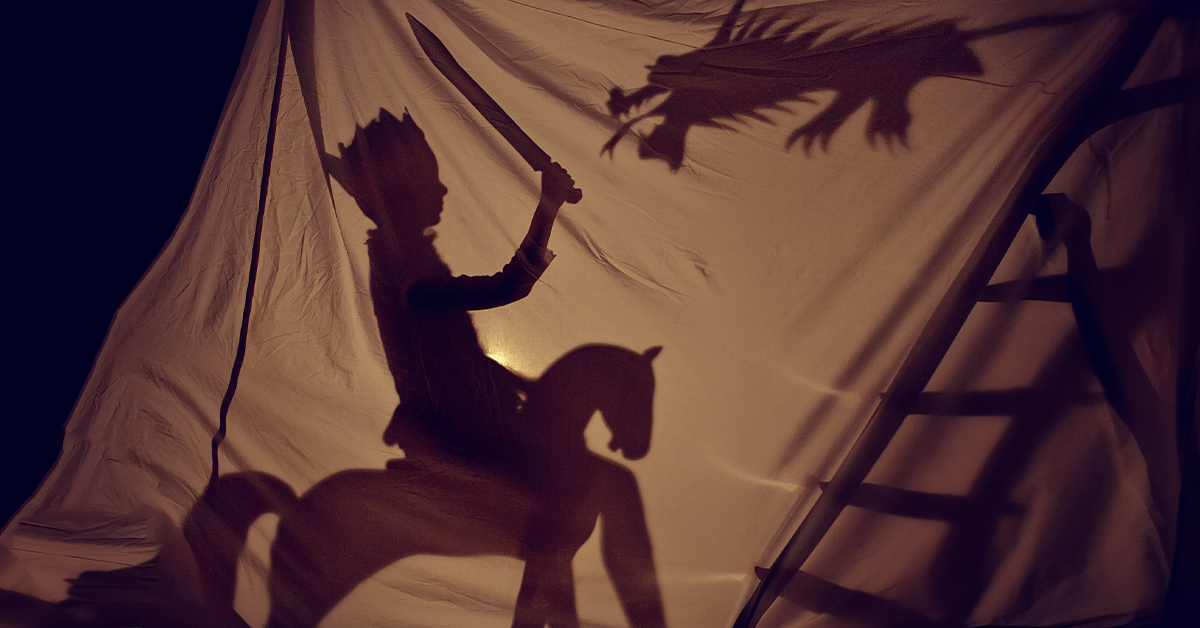 Entertaining kids is definitely not an easy task! This is especially true once the lights go out for whatever reason… maybe there’s a power outage, or you’re camping, or maybe you’re just looking to have some good old-fashioned fun without technological distractions for a while.

The first flashlight game you can play with your kids is a total classic: flashlight tag. All you need is a dark room, some fun people, and a great flashlight! One person is “it” and they try to “tag” people hiding in the dark with the flashlight. This is a little bit like hide and seek but involves more moving around rather than just hiding in one place. Just make sure to not move around too much in the dark if you can’t see anything! Once someone is tagged, it’s their turn to be “it,” so let the games begin!

Catch the firefly is a super fun game if you have multiple children and multiple flashlights. Give a few flashlights to a few kids and have them be the “fireflies.” Every so often, the firefly will flash their light while everyone else tries to capture them in the dark. It might be a good idea to set an enforced time limit of when they have to “flash” their lights so that they don’t just avoid flashing to avoid being caught!

Shadow puppets are another classic flashlight game that has been around for a long time. We all remember making shadow puppets in our rooms at night during sleepovers, so why not bring this back for your kids? This is a great way to get creative and see what cool shapes and creations you can make with your hands. You can either go with the simple shapes or do a bit of research to create cool and more complicated shadows like dinosaurs!

This is a great way to help your little ones get some energy out while still having fun in the dark! Put on some crazy dance music and give one person the flashlight. Have everyone dance with the music but once the flashlight hits you or your group, you have to freeze and stop dancing -- no matter how silly your position is! If you move, you’re out. You’re bound to have a ball laughing at some of the funny “freeze” positions along the way.

Flashlight scavenger hunt requires some extra props in addition to a flashlight, but it’s totally worth it! You need some small objects that are reflective like coins that you place throughout a space. Then, you can split people up into teams and give each team a flashlight to have them search for the items. Whichever team ends up finding the most items is the winner! Just make sure to have a little prize set out in advance for some fun competition.

This is a great way to show off your flexibility without needing a bunch of extra props like an actual limbo pole. Instead, all you need is a couple of strong flashlights that have a clear beam. LED flashlights would be ideal for this game. Put on some fun music and have someone point a flashlight parallel above the ground so that you have to limbo underneath it. If a part of your body touches the light, you’re out! Keep lowering the light after each round until there’s a winner.

This is one of those really simple games that is still a really big hit. All you have to do is move a flashlight around a room and have everyone try to “catch” it. Of course, move it somewhat slowly so that it’s actually possible to catch! Whoever catches the light first is the winner and gets a prize or other incentive.

Finish the story flashlight style is a great chance to have some creative fun and work on your storytelling skills! Have everyone sit down in a circle and put one person in charge of the flashlight. Have one person start off the story by saying one line, then choose someone to give the next line of the story by shining the flashlight on them. Over time, you’re going to end up with a very silly and entertaining story.

The Best Flashlights for Playing Games

Of course, none of these games will really be a big hit if you have a bad flashlight that’s barely visible. Even though you might think that a flashlight is just a flashlight, they are definitely not all created equal!

That being said, LED flashlights are definitely the ones to look for since LED lights are strong and powerful while not emitting heat.

Here are some of our favorite Boundery LED flashlights that you can use for work and play:

As you can see, there are tons of different flashlight games that you can play with your kids after dark. With the right attitude and the right flashlight, you can create amazing memories with your family without spending a dime!