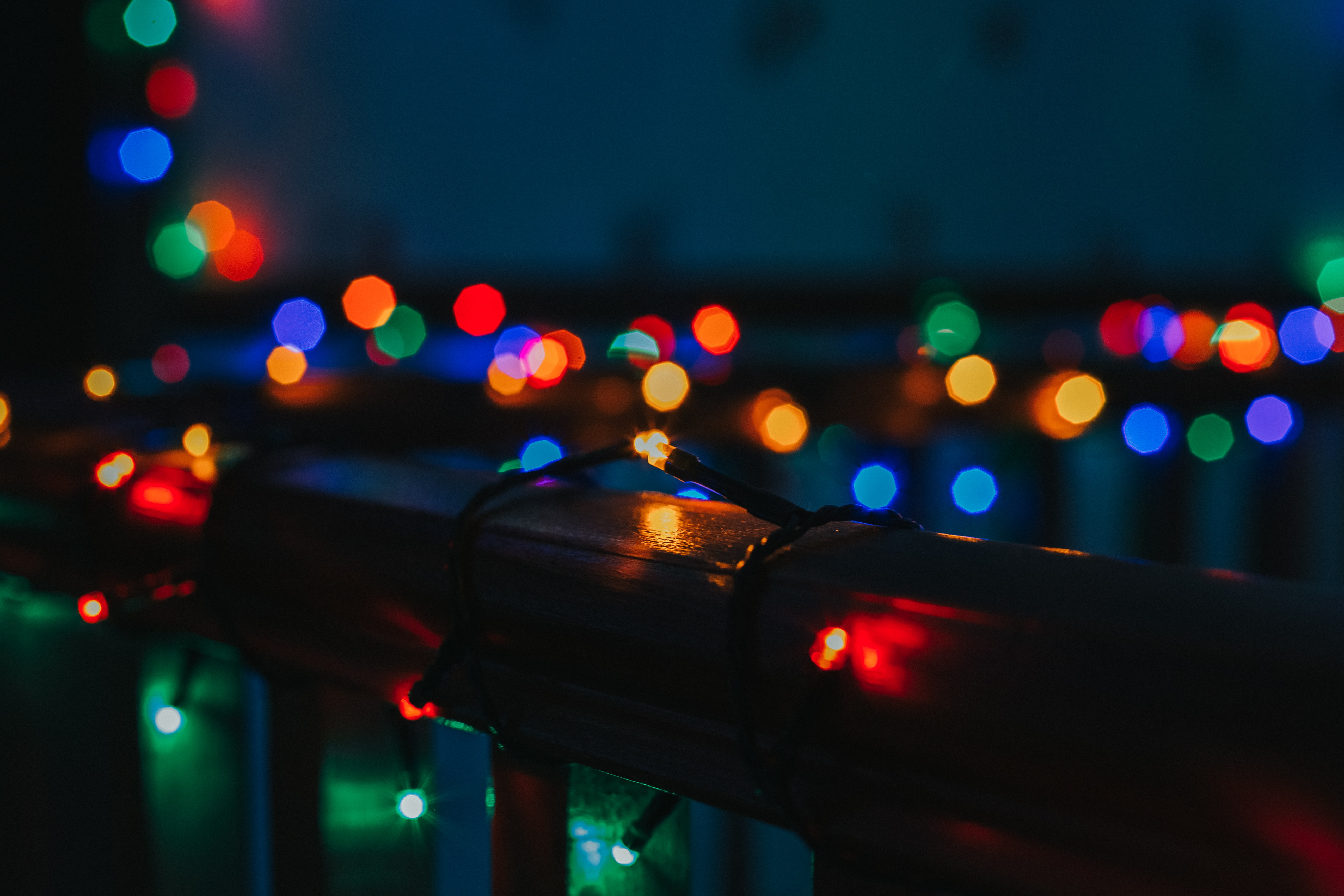 How Long Do LED Lights Last?

The most common issue when it comes to lighting is the issue that arises when they burn out or simply stop working. What is a normal life expectancy? All too often light posts are left in the dark because the bulb is burnt out. The invention and gradual transition of light-emitting diodes (LEDs) into households and businesses has provided  many good revelations about LEDs. Not only are LEDs more energy efficient and cost less to operate on the day to day, but they also tend to outlive any of other kinds of light bulb. So how do white light LED light bulbs stack up to the competition? And how do LED lights work? What is the lifespan of an LED light bulb? Below are comparisons between LED and the other bulb types. In addition, there is more information on the specifics of why LED light bulbs last longer than their counterparts.

Incandescent bulbs were among the first mass produced in the world. A famous scientist named Thomas Edison created the first high resistance incandescent bulb in 1879. As the first widely available light bulb, incandescent bulbs became hugely popular, but there were many pitfalls with the design. The incandescent bulb required huge amounts of energy, burnt out relatively quickly, and was largely inefficient by emitting large amounts of heat. Through the many years that incandescents were the only option of bulb, continual improvements were made and we now have the incandescents that we see today. From the filament used, to the gas that fills the glass, the incandescent has changed quite significantly, but still falls short in terms of performance to all of its competitors. Incandescents are among the most inefficient bulbs available today. The amount of electricity they draw, compared to how much light is output, is one fifth that of an LED. This means that, if both bulbs are provided with the same exact amount of power, a white LED will shine about 5 times as bright as a standard incandescent. The large inefficiency of the incandescent has led to many campaigns urging people to utilize higher efficiency bulbs that the incandescent. A common misconception is that the incandescent bulbs are cheaper. When perusing the bulb aisle, the prices do appear to be lower, but what is not taken into account is how long they last and how frequently they will need to be replaced. An incandescent bulb on average only has about one thousand hours of operating time while an LED has well over fifty times that lifetime. So while LED bulbs seem more expensive in the short run, LED bulbs are much less expensive in the long run as they have lower operating costs and do not have to be replaced nearly as frequently as an incandescent bulb.

The next iteration of the incandescent was the halogen light. The halogen still carries many of the same components of the incandescent in terms of light quality, however, it has some tweaks that allows it to be more efficient, emit more light, and last longer than a traditional incandescent. The first major difference in a halogen bulb is the amount of halogen gas used within the bulb. To accomplish this, the bulb glass is made of a very pure form of glass called quartz or use aluminosilicate. These materials tend to cost more and explain why the price of halogen lamps are greater than standard incandescents. With the additional halogen gas, the tungsten filament lasts much longer. This is due to an effect called the halogen cycle. With the added halogen gas, the tungsten that evaporates from the filament is re-deposited onto the filament rather than depositing on the inner walls of the bulb. The halogen cycle is what makes these bulbs last about twice as long as standard incandescent light bulbs. The high concentration of halogen also provides for the halogen gas to allow the halogen bulb to have a higher efficiency than incandescent as more electricity is converted to light. While the improvements of the halogen bulb are promising, LED bulbs are still the reigning champ when it comes to brightness, longevity, and efficient light. Even with about double the efficiency of incandescent traditional light bulbs, halogen bulbs are still about one third as efficient in light production as an LED bulb. In addition, the improvement in longevity, compared to incandescent, has increased by a factor of 3. However, it still falls behind an LED which has an average lifespan of 25,000 hours.

Fluorescent lamps, much like the LEDs, function very differently than the incandescent lights described above. A fluorescent bulb light source also takes on a unique shape when compared to others. The tube lights commonly found in office spaces are likely fluorescent. The bulbs are unique in that they utilize a tube of inert gas rather than a halogen. There are two ends to the tube, one is the positive end and the other is the negative end. At both ends, there is a tungsten filament. For the light to work, the bulb needs to be warmed up, and when warmed up, the electrons are able to move from the positive end of the tube to the negative end. To get from one end to the other end of the often long tube, alternating electric current flows are used rather than direct electrical current. This causes fluorescent lights to flicker, but at an average rated life so fast, the flickering is imperceivable to the human eye. The same situation is true for LEDs and is why in certain videos of cars with LEDs, it appears the lights are strobing. In fluorescent tubes, this does emit photons. However, it is only emitting photons in the ultraviolet spectrum. To convert the UV light into visible light, the tube is placed within another glass tube that is coated with phosphor which enables the light to be usable. While the first incandescents were widely used in the business sector, not many were used for homes. The compact fluorescent light (CFL) was the answer to this by making the fluorescent tube fit where standard incandescents could fit. CFLs were among the most efficient bulbs on the market until LEDs took center stage. CFLs are the most efficient you can get with a non-LED bulb. The short term efficiency of a CFL is on par with LED products or LED lighting products as they share the same power to light emittance ratio. Where LEDs take the lead is longevity and ability to be compact. An LED bulb in your enclosed fixture will live a long life and last over twice as long as a standard CFL.

Why Do They Last So Long?

LEDs are amongst the lowest in terms of the amount of heat produced. Heat can become the enemy of any electronic device as it can cause premature wear and potentially shorts. Since LEDs generate a much lower heat per wattage applied when compared to other bulbs, the LED lifespan is much longer. Additionally, since LEDs are relatively small, a lot of space within the bulb can be utilized as a heat sink. A heat sink draws the heat away from the components to the outside environment. This ensures that the components are not getting hot enough to induce premature wear.

With less of a power draw, LED technology bulbs are able to last longer because they are energy-saving, and therefore, they experience significantly less wear on internal components. The low power draw of an LED lamp is what has made it so popular in consumer electronics. With such a low profile, companies are able to fit more lighting technology in the same sized standard lighting solutions. Additionally, the extra power needed to power these components are available because of how low the power draw of the actual LED component is. This has led to innovations like bulbs that automatically turn on at night, LED display panels, and even lasers.

The biggest advantage LEDs have that allow them to last longer than any other bulb is the fact that all the components are in the solid state. LEDs do not require compounds in the gas phase and do not need a warmup time since the semiconductor device is all that is needed to create light output. In other words, an LED is a relatively closed loop system that doesn’t offer much room for energy to escape as heat. Whereas, with incandescent, halogen, and fluorescent bulbs, there is a reliance on getting the gasses to heat up, tungsten to evaporate, and other compounds to evaporate or warm up. The act of evaporation and heating is required in these lights and the process of heating requires a significant amount of energy. LEDs bypass this step and simply need electron holes to allow the electrons to hop from one end of the semiconductor material to the other, never needing to go through a gaseous intermediate or heat up. LEDs actually perform better in low temperatures as it allows the little amount of heat that is created to dissipate, which allows the diode to work more efficiently. The solid state nature also makes them ideal for flashlights as there is no filament or glass that could accidentally be broken by tossing it about. This makes LED lighting with different color temperature solutions much more durable in practical use cases outside the home.

LEDs are becoming increasingly popular and for good reason. They also come with different colors of the light including blue,, white, the colors in traffic lights, and many other colors of electroluminescence.  An LED will last years and will put the consumer’s  mind at ease knowing that the operational costs of the light will be a fraction of other lighting solutions.