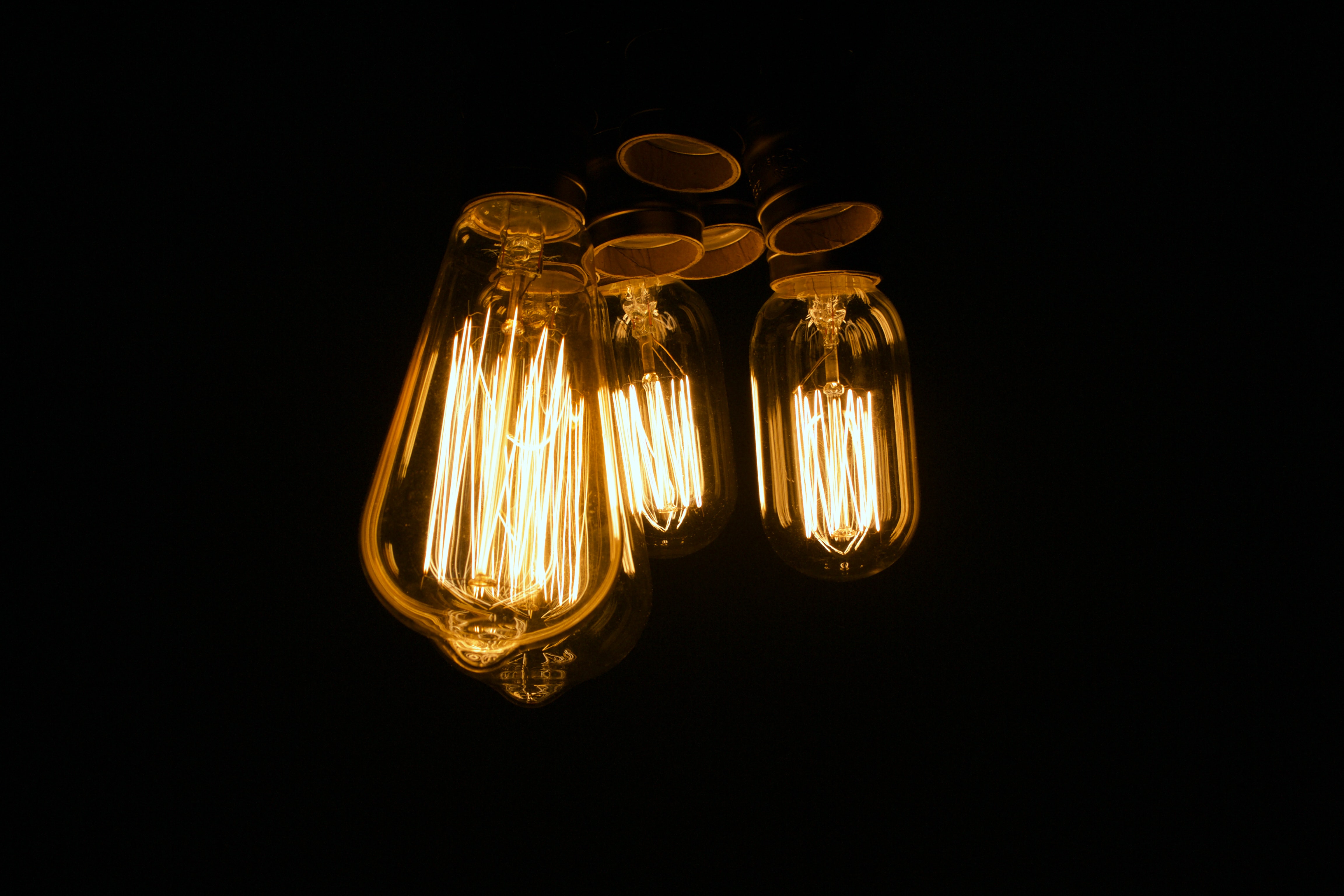 What Are the 3 Types of Light Bulbs?

Going to the store to get a light bulb used to be as simple as grabbing the only one available and utilizing it. Now, these basic department stores can have multiple aisles filled with different light bulbs, making it more difficult for the average consumer to choose the type that will best suit their needs.

With increases in scientific innovation and a desire to lower power consumption, there are now many forms that light bulbs come in. When discussing the types of light bulbs, there are 3 main categories: fluorescent light bulbs, incandescent light bulbs, and LED light bulbs. The main difference between these bulbs is in the way that they convert electrical potential energy into photons and light energy. Other differences include the efficiency of each type, the look of the bulb itself, and the lifespan of the bulb.

The specifics of how each type of light bulb works plus the energy draw necessary and longevity of each type are described in more detail below!

The incandescent bulb is the lightbulb that has been used in households the longest. The bulb has been the most widely used in history because of its simplistic design and the fact that it was the first to be widely available to the general public.

Incandescent bulbs consist of 3 main components: the electrical contacts, the tungsten filament, and the glass bulb with inert gas. The incandescent bulb works by connecting to an existing circuit via the electrical contacts at the bulb base. Once screwed in and turned on, electrons flow into the lightbulb and through a tungsten filament. When the electrons are moving through the tungsten, heat is generated due to the transfer of kinetic energy into vibrational and heat energy in the filament. The tungsten filament becomes hot enough where it begins emitting photons, which is the component of light that we perceive. The more photons that are emitted in the visible light spectrum, the brighter the light source appears.

Unfortunately, for incandescents, most of the energy is converted into heat rather than light, decreasing its efficiency greatly. The glass bulb keeps the tungsten from combusting, which is the cause of a bulb being burnt out. If the filament breaks due to partial combustion or through extended use, the light will no longer work and requires replacement. Typically incandescent bulbs have the shortest running lifespan, which is around 1,000 hours of runtime. ‍

Fluorescent bulbs were first used in large areas that needed light, like hospitals, factories, and workplaces. All of these spaces benefit from having well lit conditions to work under. Fluorescent bulbs originally came in long rods that appeared white when unilluminated and gave off a bright bluish hue light.

The compact fluorescent bulb was the application of the fluorescent bulb to fit a standard bulb receptacle. The bulb is essentially a long tube that is twisted to allow it to fit where any standard incandescent bulb can fit. While these lights are more efficient than their incandescent predecessor, the light still requires quite a considerable amount of energy when being turned on. For the light to function, the bulb needs to be warmed up--this is accomplished by sending multiple high energy pulses of electricity to warm up the bulb. This warm-up process is highly inefficient and is why fluorescent bulbs should not be turned on and off frequently, as it can reduce the bulb's effective lifespan.

The LED light bulb is one of the most sought after light bulbs because of its efficiency, long lifespan, versatility, and possible functionalities. Many people have forgone converting to LED lighting solutions because of their high price. This is now a thing of the past and LEDs are now nearly as affordable as other light bulb types and even offer added features like motion detection.

LEDs are different from the two other types of light because they actually work best when in cool temperatures. Where other light bulbs need to be warmed up, LEDs can be turned on and off without consequence to longevity and without the added energy to warm up. This makes LED lights better for light that frequently need to be switched on and off, such as for emergency lights that flash. These factors, in addition to the incredibly long lifespan, high efficiency, and high brightness, makes LED the optimum lighting solution for nearly any application.

The three types of light bulbs include incandescent, fluorescent, and LEDs. While all three of these options produce light, it is important to be aware of the differences with each light bulb type.

Incandescent bulbs are increasingly being phased out because of their high power consumption and lower efficiency.

Compact fluorescent bulbs are more efficient than incandescent bulbs but still require a warm-up phase that is largely inefficient.

LEDs offer the brightest, longest lasting, and most efficient option when it comes to light bulb types. With the low power consumption, LED lights can sense motion, act as an emergency light, or even automatically turn on when it gets dark outside without sacrificing on size or power consumption significantly.

How Do I Know What Base My Light Bulb Is?

What is a Type C Light Bulb?